Taking the First Step: The Power of Origin Stories

When it comes to courage, taking the first step is crucial.

Instinctively, we trust people more when we understand a little of their past. When we learn about the first steps they took to do something differently, the courage that was required, where they drew their strength from, their vulnerability.

All first steps involve risk and uncertainty, but the most powerful revelation in an origin story is the emotional exposure and vulnerability of the hero/es. Its power comes from the reminder that we’re all connected by the same feelings of anxiety and self-doubt, that we have shared fears and experiences of failure, and we’re all flawed in how we behave.

It’s by acknowledging and being reminded of those universal human traits in others that we can start to find our own courage.

To explore this, we are taking a look at 3 origin stories: Greta Thunberg, T’Challa from Black Panther and Pat Brown from Impossible Foods. Three different approaches to courage, their origin stories demonstrate the power of embracing vulnerability in any first step of action.

The key question to reflect upon: Does your origin story embrace your vulnerability and share your source of courage? It’s never too small of a change

When it comes to engaging in your cause, Greta embodies the power of repeated, little steps of courage vs one big leap of action. As, if you’re always waiting to do the one big thing that would cause the tides to turn in your favour, it may never happen. Instead, Greta took the courageous step to do the small thing, the only thing she was able to do as a young person with little influence. Inspired by the Sandy Hook and Rosa Parks protests, she took to the streets by herself with a simple placard, protesting government inaction. Risking the possibility of being overlooked and ignored, Greta took the step regardless. From this small step, Greta sparked a world-wide activist movement. Since then, Greta’s empowering, yet simple origin story has been escalated into one of global symbolism. How? By continuously taking little, but formidable, courageous steps. It’s never too big of a change

T’Challa from the Marvel blockbuster Black Panther had the courage to change the course of history, not just for his beloved homeland of Wakanda but wider society. After he ascended to the throne following the death of his father, he took a leap of faith, to do the right thing – by sharing vibranium with the rest of the world. Until then, this supernatural element which had secured Wakanda as technologically superior and more prosperous than the rest of the world, had been kept a secret by the leaders of the country – his family. T’challa took a courageous leap, risking his family’s legacy, the well-being of his people and their potential disappointment in him. With the memory of his father weighing heavy, he did what only he could, for the sake of a better world for all. It’s never too late to make the change

Pat Brown, unlike Greta, discovered his call at a later stage in his life. At 66 years old, Brown was shocked that worldwide agriculture, forestry and livestock production was responsible for more greenhouse gases than all the emissions from the transport industry combined. Brown knew the only way to truly transform the industry was to revolutionise the demand. He decided it wasn’t enough to create a new plant-based product to compete in the vegetarian market. Instead he needed to create a new plant-based product that meat-eaters would choose because it looked and tasted better than meat. A task many people told him was impossible. To take the first step at pursuing something so radical, Brown, a tenured professor, risked a reputation earned over a lifetime to become an entrepreneur driven by the belief that it’s never too late. And the courage of his mission was embedded forever in the name of the company; Impossible Foods. 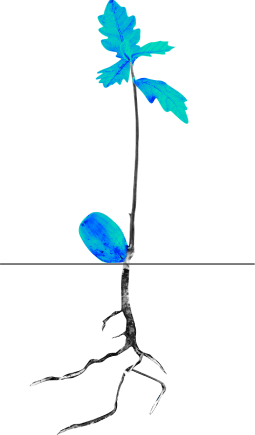 The 9 Story Building Blocks of Christmas

As we approach the end of 2021 and look forward to a festive break with family and loved ones, we’ve re-watched three...

The Blueprint for Change

On the morning of October 16th, our inbox pinged with a message from the team at The Blueprint, a message that would...

How Elon’s Storytelling Can Help Grow Your Good Idea

The power of simplicity, inclusivity and consistency in storytelling. Like him or not, Elon Musk has an unparalleled...

Learn from the strongest stories about change​